The dream of wellbeing, dreamt until now by a few, is not sustainable for all. We have to change. We have to learn to live better, consuming fewer environmental resources and regenerating the contexts of life. (Manzini, 2009)

Questions around the skills students need to survive, thrive and flourish in society is one that has been under increasing discussion.  Whether called “literacies” “skills” or “fluencies” (Crockett et al 2011), educators, governments, and business alike, identify the necessity of shifting our understanding of how and what we learn.   Whilst some of our core values—inquiry, creativity,  critical thinking, research, collaboration, presentation, and reflection—are not specifically digital values, our context and the rapid rate of technological advance has caused there to be a disconnect with more traditional modes of learning and skillsets, as the graphic below suggests.

What does it means to learn in the 21st century?

Terms such as digital literacy, 21st century learning skills, connected learning and Education 3.0 are amongst the terms used to try and encapsulate how and what schools and learning should look like, and the types of skills we want students to walk out into the world with.  What are the “survival skills” as Wagner (2008) coins it, or to frame it more positively the skills student need to thrive?  The new ways of learning and teaching, the “new pedagogies” as Fullan and Langworthy call them (2014) are more than teaching strategies:

“They are powerful models of teaching and learning, enabled and accelerated by increasingly pervasive digital tools and resources, taking hold within learning environments that measure and support deep learning at all levels of the education system.”

As indicated, there has been a significant shift from teacher and schools as repositories of knowledge, to facilitators of skills and attitudes.  But what skills do students need?  Again, there has been a significant transition from fairly linear approaches to information literacy and Bloom’s taxonomy  to a more fluid and complex concept of around 21st century skills, digital literacy, connected learning and  Education 3.0 is emerging.

Not only are we surrounded by advocates for digital literacy, embracing new technologies and the ubiquitous nature of the internet and connectedness, but we are once again thrown back into a discussion around values.  Whilst information and early models of digital literacy had a strong focus on technical skills (Bawden 2008), a parallel paradigm has run from Gilster (1997 quoted in Bawden 2008) through to the likes of Eshet-Alkalaia (2004), Meyers, Erickson & Small (2009),  Eschet (2012)  and Ng (2012).  Their works all highlight not only the technical aspects, but also the affective, socio-emotional and ethical aspects of digital literacy. These are skills that are beyond a value-free view of the world and promote a heightened engagement with issues such as equity, access, transparency, honesty, collaboration and sharing.

One of the most interesting aspects of the research around the new ways of envisioning learning through Education 3.0 is that personalised learning centred on the relationship between the mentor / teacher and the learner, is pivotal.  On the discussions around connected learning is the vitality of collaboration and the capacity to work in groups – whether physically or virtually present.  Similarly, the prioritising of ethical and moral aspects of digital literacy learning may seem surprising to any who went through teacher’s colleges in the mid-late 20th century, where neo-Marxist attitudes around faith, spiritualty and ethics were derided as outmoded thought structures of the Eurocentric patriarchal hegemony.

“Deep learning’, in the way we will describe it, develops the learning, creating and ‘doing’ dispositions that young people need to thrive now and in their futures. Premised on the unique powers of human inquiry, creativity, and purpose, new pedagogies are unleashing students and teachers’ energy and excitement in new learning partnerships that find, activate and cultivate the deep learning potential in all of us.”  (Langworthy & Fullan 2014)

After several decades where such values have been dismissed in the great experiments of free education, they are suddenly front and centre of education debate.  It has become increasingly clear that without values, without some sense of citizenship, of having a responsibility to broader community.  As Tett (2009) noted the dominant capitalist values of consumption (as an end in itself) and greed drove the Global Financial Crisis.  Those who created this situation – the now disgraced business and financial leaders – are successful products of our schooling systems, not its failures.   Over a decade earlier, Postman (1995) suggested that the current educational system had failed to provide students with a translucent, unifying “narrative” like those that inspired earlier generations. Instead, today’s schools promote the false “gods” of economic utility, consumerism, and resentment. Postman defines literacy as “the set of skills that enable individuals to encode and decode knowledge and power via speech, writing, printing and collective action, and which, when learned, introduce the individual to a community. In this construct, literacy links technology and sociality” (Rheingold 2013).  He takes this further by calling this new approach a “participative pedagogy”, leveraged by digital media and networked communities. The goal is to activate, inspire, nourish, facilitate, and guide literacies essential to individual and collective life in the 21st century.

Just as importantly, some of the significant international organisations such as the Organisation for Economic Co-operation and Development (OECD) and the World Economic Forum (WEF) also recognise the need to globally challenge the traditional structures of schooling, particularly if we are to bring global equality.  They advocate that education is the fundamental transformative power in the global community, especially for emerging economies. Numerous social entrepreneurial bodies, such as the World Innovation Summit for Education (WISE),  and the Global Education Leaders’ Project (GELP) have been established to explore innovation in these (and other) areas that helps challenge traditional ideas of schooling, by drawing in experiences from outside of education and learning from some of the innovative explorations globally of how to “do education” in poor, badly-resource economies.  The work of Charles Leadbeater (eg 2008, 2012), is amongst the most significant, as well as exploring how alternate models of education such as schools such as School of Everything, Eastfeast and High Tech High break through the education disconnect felt by so many marginalised groups in the western world (Hannon 2009)

It has been noted that unlike the developing world where the drive to learn is dominant as a way to escape disaster, students in the first world have become progressively more disengaged with learning, as its relevance to their daily lives seems increasingly remote.  Again, part of the solution to this woe is seen to make learning authentic, real-world consequences and public.  Again, as Brown (2006) observedJean Lave’s theory of situated cognition focuses on learning as enculturation into a practice, often through the process of “legitimate peripheral participation.”  Anyone who has been around for long enough will hear the echoes of the old apprenticeship system of times past.  However, learners are no longer limited by time and space, nor the need to adhere to a single “master”.  The connectivity and flexibility is central to these kinds of learning.

Important ways of transforming education through concepts such as connectvisim, (as developed by Siemens and Downes) comes the more formalised concept of “Connected Learning”.  This came from research by the Digital Media and Research Learning Hub (DMRLH). Unlike constructivism, that locates the initial motivation to learn within the individual, Connected Learning highlights that learning is a social activity and intrinsically embedded within culture (Ito et al. 2013).  The “disconnect” for many modern teenagers is that the current education models do not reflect their reality, resulting in disengagement. Ito asks formative questions such as “Why do we assume that kids socialising and play is not a part of learning?”  “Why can’t schools have a spirit of entertainment and play as a part of what they do?” (DMRLH 2011)

DMRLH’s research explores how to employ new media in ways that connect young people to their passions, and supportive communities to foster academically challenging learning.  As an approach, it is still in its infancy and the case studies cited follow individuals, a collection of interest groups and a small number of innovative schools.  Connected Learning carefully contrast themselves from blended learning their aim is to not just make school-based learning available in a range of environments, rather it is about  “connecting and translating between in-school and out-of-school learning (p46) to create rigorous student engagement.  It is a direct challenge to the behaviourist modes of education that focus on extrinsic and standardised inputs, rewards and testing, that mediate most of our current schooling exit-points.  Whether this model can gain traction in an education forum where governments increasingly develop policy and practices that are oriented around standardized testing as a process of validation, is yet to be seen. Additionally, this paradigm challenges popular opinion that digital technologies isolate and detract from social relationships; this is also supported by Hattie’s work that advocates the benefits of utilizing digital technologies – when employed collaboratively (Hattie & Yates 2013 p195ff).

As noted in Connected Learning (2013) “Rather than center on a top-down design of a specific product, technology or curriculum …. [21st century] learning environments are a complex alchemy of designed and emergent elements in a process of experimentation and flux” (p63).  The education system in the Western world is at a critical junction.  The rate of technological and social change is exponential and the ways new technologies will continue to interact with culture is unpredictable. Ironically, just as some aspects of time seem to “speed-up” the time allowed to thoughtfully adjust to these changes must be increased.

After a decade of focussing on how technology might drive the change, pedagogy has been put back in its’ rightful place as an important agent, a tool, but not the source of change.  Repeatedly, the qualities valued – curiosity, inquiry, creativity, collaboration, problem-solving and reflection (Seely Brown 2006)

“What needs to happen is that we take advantage of the huge potential the digital technologies offers in terms of the variety of learning opportunities, formats for creation, and spaces for expression for independent and interdependent learning and production that were not previously available” (Brown 2006)

“A different vision of the good life, based on community, equity and values of spiritual awareness and reverence for the planet, presents new challenges for how schools regard their objectives and, in turn, how they motivate and connect with young people today.” 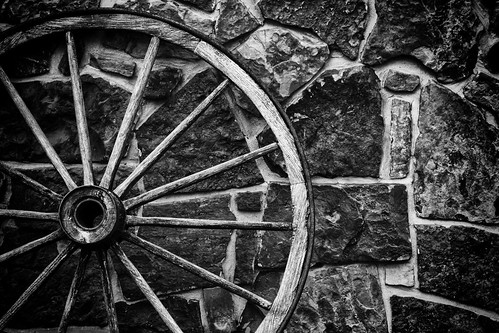 Eshet-Alkalai, Yoram  (2004) Digital Literacy: A Conceptual Framework for Survival Skills in the Digital Era, Journal of Educational Multimedia and Hypermedia 13(1),93-106

Hannon, Valerie (2009) ‘Only Connect!’: A new paradigm for learning innovation in the 21st century, Centre for strategic education Melbourne available at

Leadbeater, C. (2012). Innovation in Education: Lessons from Pioneers around the World. WISE.

OECD (2011) Building a High-quality Teaching Profession: Lessons from Around the World,

Siemens, G. (2008). Learning and knowing in networks: Changing roles for educators and designers.

Wagner, Tony, (2010) The Global Achievement Gap: Why Even Our Best Schools Don’t Teach the New Survival Skills Our Children Need – And What We Can Do About it New York:Basic Books,

Category Concepts and practices for a digital age #inf530 | Tags: