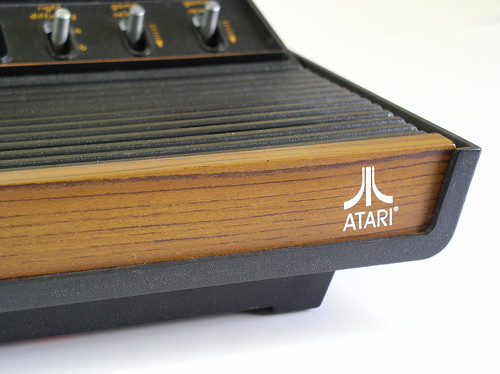 I studied Psychology as part of my undergraduate degree so I was drawn to the readings on game and player types. In 1996 Bartle recognised that not all players are the same and devised a taxonomy of player types. This video explains his theory.

Retrieved from https://youtu.be/yxpW2ltDNow
Westwood & Griffiths (2010) describe six types of gamers and infer that they prefer certain types of games.

Player types serve as a guide for game designers in developing games but they can also be of use to educators. Educators need to be aware that just as students like different genres of books and movies, they may prefer certain genres of games. This has implications for game based learning because one game will not necessarily motivate or engage every student. It also highlights how difficult it is to design educational games to meet pedagogical goals. Such challenges were evident in the study by Markey & Leeder (2011) where a game was built to teach information literacy concepts.

When I began this subject my knowledge of game based learning was very limited. I was not an active player and was mostly oblivious to the complexities of games, gaming culture and educational use of games. I think other teacher librarians may also be in the same situation. My chapter proposal reflects my own need to learn more about game based learning in school libraries and I feel it could be of value to others in the profession too.

Title: Game based learning in secondary school libraries: Getting teacher librarians on board

School libraries are a communal space where students can read, study, research, discuss, use technology and socialise. Secondary school libraries provide access to a variety of print, digital and multimedia resources to support the curriculum and recreational needs of students and staff. Access to a range of multimodal resources promotes and develops multiliteracies (O’Connell, 2012). Traditional games have been used in school libraries for a long time and are recognised as instructional media (Elkins, 2015). Digital games have not always been embraced as enthusiastically due to negative perceptions by teacher librarians, parents and school administration however this is starting to change. Recent research on game based learning (GBL) notes the positive effects games have on learning and the promotion of twenty-first century skills (Qian & Clark, 2016). School libraries that restrict particular technology, such as digital games are at risk of alienating students that are exposed to diverse learning opportunities outside of school. Teacher librarians who are willing to learn about and incorporate GBL into the school library have the opportunity to meet the diverse learning and social needs of their students (Elkins, 2015).