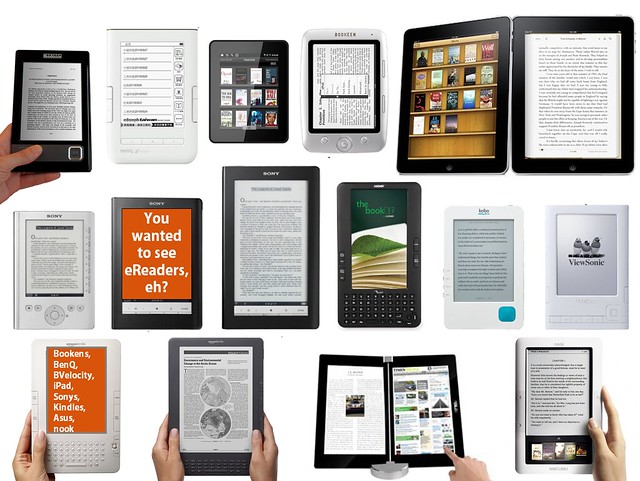 I must confess, up until quite recently, I knew virtually nothing about digital literature environments. My limited experience was confined to the purchase of Kindle ebooks which I initially read on my Kindle but which I now prefer to read via the Kindle app on my iPad. Suffice to say, it wasn’t until I started this subject that I became aware of, and started to develop an understanding of, the different ways in which literature can exist in a digital environment. In particular, since the start of this subject, I have made a concerted effort to seek out some of the exemplars mentioned in the readings I have done over the last few weeks.

Thus far I have purchased several ebooks including Red Apple, Our Choice, Pedlar Lady and The War of the Worlds. On each occasion, after having made my purchases, I have found it useful to view each ebook whilst asking myself two important questions: “Is this ebook of a high quality? Does it represent quality literature?” In my opinion all of my purchases meet this criteria apart from one.

Walsh (2013) is concerned with the nature and quality of digital narratives and asserts that it is a complex issue to identify and classify what actually IS quality literature within all the digital variations available. By way of example, I would argue that The War of the Worlds ebook is somewhat lacking in quality.

The War of the Worlds has taken on many forms since being written by the English author H. G. Wells between 1895 and 1897. It was first published in a serialized form in 1897 in Pearson’s Magazine in the UK and Cosmopolitan magazine in the US. The following year it made its first appearance in book form being published by William Heinemann of London in 1898. Walsh (2013) distinguishes between literature that has been re-presented in digital forms, digital narratives created solely in digital form and the future of hybrid texts and genres.

Obviously, a digital narrative need not include all of the features on Walsh’s list to be able to qualify as a digital narrative. However, one would hope to see many of these features in a quality example of the genre. Having said that, some of these features are quite clearly missing from The War of the Worlds. For example, using Walsh (2013) as my guide, The War of the Worlds ebook is still very much a linear progression of the story. The viewer/reader is required to read text on a page followed by text on the next page and so on and so forth. As well as that there are very few interactive features.

The Yokota & Teale (2014) reading was particularly enlightening in that as well as naming and then describing a number of examples of popular interactive ebooks Yokota & Teale (2014) outline some of the common pitfalls associated with digital narratives. For example, they state that one of the problems they have seen is where text is overlaid on an illustration in such a way that it obscures a part of the illustration important to meaning-making on that screen or page.